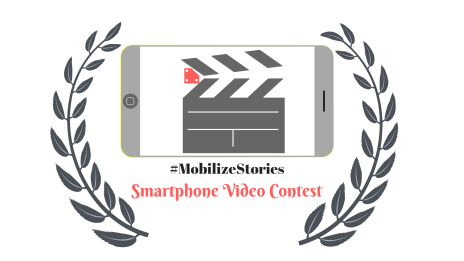 The winners of the Monthly themed Smartphone Video Contest are listed below. Congratulations! #MOBILIZESTORIES

Congratulations to the winner of the November Smartphone Video Contest: Dhara Visual from Austin, Texas. Dhara Visual won the Imagine It! theme contest with the video: Encounter: A man’s everyday life takes a twist!

Congratulations to the winner of the September 2018 Smartphone Video Contest: Michel Gelinas from the Quebec area in Canada. Michel Gelinas won the Vlog theme contest with his video: Kuleshov Challenge: A vlogger takes a challenge never made on YouTube.

Synopsis: A vlogger takes a challenge never made on YouTube.